As an undergraduate, I was often told I needed to "tighten up" my writing. I never understood what that meant or how one might go about 'tightening', so the advice wasn't all that helpful. It wasn't until I was in grad school and discovered Howard Becker's book on Writing for the Social Sciences that I figured what that meant and how to do it. Allow me, then, to explain it to you. 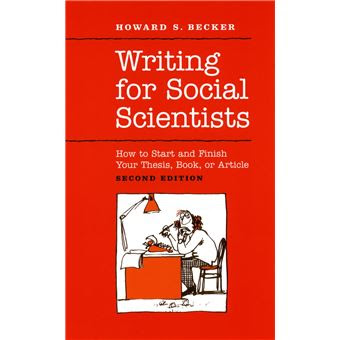 Whether writing fiction or nonfiction, the process is the same. We start with an idea or scene, and we try to get what's in our head down on paper. But because it's still in the process of forming, you don't know quite what you're trying to argue or show until it's actually down on the page. This exploration of the scene/idea/theme is a natural part of first draft writing, but the result is that one writes down a line, then a second line to fill in some detail that first sentence didn't include, then another line to show some action, then another line to firm up your idea/visual, and then yet another line to nail that all down. The result is that as one circles 'round the core of the scene/idea, one ends up taking the scenic route to get to the point. Trying to tease out your own thinking leads to a lot of repetition, of rephrasing the same thought several different ways, of half saying the point here, saying the other half over there, and a third half over again because you feel you still haven't quite got it.

As you can see by the math, the first draft doesn't quite add up: it's likely wordy, unfocused, and repetitious. That's to be expected for the first draft, because you cannot see the scene or fully realize what your point was until you've worked it out on paper. You didn't realize the hero had to duck left, until you wrote that bit where the villain swings right. You can't see that A plus B equals C until you write A down on paper, to give B a chance to pop into your brain. The first draft is all about getting your ideas or scene down in rough so you can go back and refine later.

"Tightening" your writing simply means revising this initial rough draft to reduce those eight or nine roundabout sentences into one or two clear sentences. Now that you know what the scene or argument is, you need to go back and rewrite the paragraph to get directly to the point, without all the wandering hither and yon.

That's a lot harder than it sounds, because the scene or argument is now perfectly clear in your own mind, so when you look at you wrote, you see the scene that's in your head, not the circuitous labyrinth that's actually what's on the page. That's why many authors recommend putting a manuscript aside for six months and work on something else (a different scene, another story, gardening) and then come back when you've half forgotten what you've written. Then, hopefully, you can see the scene with fresh eyes and say to yourself, "Gosh, that line repeats the information I already covered two lines back" or "These three lines are trying to describe X, I should just write X" and so tighten up the writing so it actually says what you're trying to convey.

Howard Becker's dictate was simply: how many words can you cut without losing the meaning of the sentence/paragraph? Of course, he was addressing nonfiction and was all about being more precise and concise, but the principle holds equally for fiction. I'm not saying you have to cut out all the poetry and nuance, only that you have to be sure that you only have the image/symbol/metaphor that you need. That you're only describing the action that the camera would show the audience if this were a film, and not going off to describe details or scenery that isn't immediately relevant.