Had an urgent email today from an author who had awakened in the middle of the night with the nagging feeling there was something wrong with the manuscript we'd just sent off to the publisher. The author had started work on the sequel and couldn't remember whether one of the minor (i.e., non-speaking, almost entirely off-stage) characters was the King's sister or daughter. So went to check the manuscript and found that the character was sometimes referred to as the sister, and sometimes as the daughter; in one glaring example, even in the same paragraph.

That, of course, is exactly the kind of error editors are supposed to catch. I hadn't. Worse, when I went to correct the error, had to be reminded by the author I'd also have to change "brother-in-law" to "son-in-law" throughout.

Why I hadn't caught that, I'll never know. Lack of sleep, I suppose, or rushing, or my faith that this was one of those very few authors who didn't make mistakes. (Also, author's spouse is incredibly good copy editor, so usually submission is pretty clean before it leaves the author's hands.) But still, I'm pretty embarrassed.

Fortunately, we caught it before it went to layout (i.e., typesetting). Would like to think it would have been caught at the Galley stage anyway, but the sooner one can eliminate errors, the better.

Of course, mistakes are inevitable. If an editor claims they never let anything slip through, they're lying.

Why there are galleys. Even when editors catch mistakes--say, notice that the spelling of a minor character is different in different parts of the book--it often turns out that was the mistake: there were two different characters with similar names. You know? So authors have to be given opportunity to read through the book one last time before it goes to press. And even then, there are always things that slip through. Usually, right there, front and center, at any random page you first open the final published book. *Sigh*

The worst mistake I was (tangentially) involved in was back when I was working for the government as a Test Developer (i.e., test writer/editor). A Grade 12 Mathematics examination went out with one of the equations missing an exponent, which meant that there was no correct answer for that multiple-choice question. My boss was assigned to find out what went wrong, the implication being that heads were about to roll.

He traced the error back to the original manuscript, but the question wasn't why the author made a mistake (everybody makes mistakes) but why it wasn't caught in all the checks that were built into the process. The provincial exams were the most heavily reviewed and edited documents on Earth, so how did the error get through?

When my boss followed the trail of signatures, over 36 people had signed off on the document. 36 people. I was one of the Test Developers who had reviewed the test, but I pointed out that as a Social Studies guy, I had no clue about the actual math (hey, it was the advanced Grade 12 course. Calculus. I had no idea what the test was asking, let alone what the answer might be.) My job had been to just proof for format and so on. It had checked out on that. But even allowing that some of the reviewers were checking for other stuff, it's still astounding that with over 25-30 people actually checking for content, no one caught such an obvious error.

After much hand-wringing and discussion of how to rectify for future, management cut the number of people reviewing the examination to five; one each at each distinct step. Because it turned out with 36 people, each reviewer was subconsciously thinking, "I can do this fast because if there was anything, one of the others would have caught it by now." No one could be held responsible because there were too many people to share the blame. But with five checks, one at each stage, someone was specifically responsible for it being perfect at that stage. Actually turned out to work a lot better. Another example of less is more.

So the moral here is, it's better if your editor starts from the assumption that you're an idiot. That way, they'll check everything with obsessive care. Thinking you might actually know something about punctuation, Canadian spelling, consistency and so on just leads to errors.

Posted by Robert Runté at 4:16 PM No comments:

Currently on my Desk 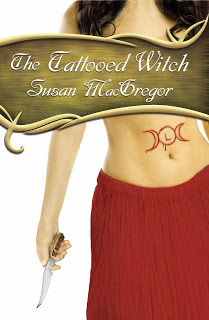 The first two chapters of the just published The Tattooed Witch by Susan MacGregor (Five Rivers Publishing, July 2013) are available on Susan's site, Suzenyms. I was the editor for the final version of this novel, though another editorial team had already done the initial developmental work on this one, so it was pretty clean when I got it. And of course, Susan is herself a well known editor (with On Spec Magazine), so I imagine it was pretty smooth writing from the get go. Really looking forward to editing the next two books in this series, the second volume of which is already waiting on my desk.

Currently in my "to do" pile:

I also have two solicited manuscripts for review which I can't talk about until/if we sign contracts. And I'm off to When Words Collide convention in Calgary next weekend (August 9-11, 2013) where a number of authors have signed up to pitch books to Five Rivers, so may get one or two more submissions there. (WWC is a great convention for authors and editors: I get more business done there than at any other convention.) 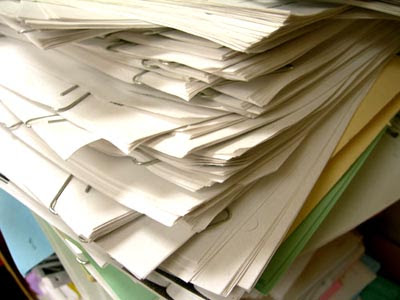 (Okay, not an actual picture of my desk. The actual manuscripts are all Word Files on my computer. Nobody accepts paper manuscripts anymore. But, you know, there's no photo for that.)

So...29 manuscripts currently on my desk, but that's much less of a backlog than usual. With the kids out of school in August and family vacation, probably won't get a lot done until Sept, but this lot should be off my desk by mid-October at the latest.

Oh, and that's not counting the four graduate students I have working on their theses for me. In fact, here is a great Pinterest site by one of my grad students on 400 children's books to aid children through grieving. (Pininterest beats the hell out of asking for a traditional literature review, eh?)

Posted by Robert Runté at 11:45 AM No comments: