This year, I attended my first VidCon, since that seems to be where the new center of cultural creation is these days. If you're interested at all, here is my VidCon Review. 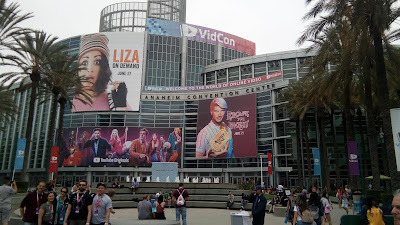 Posted by Robert Runté at 10:14 PM No comments:

Here is an anecdote from Greg Ioannou a professional and influential Canadian editor:

In its early days, the Editors' Association of Canada (then the "Freelance Editors' Association of Canada") sent its members a series of sentences to edit, to see which were the most common approaches to fixing some kinds of problems. We were in the very very early days of thinking about standards. One sentence, memorably, was edited by 101 editors. Only one pair of editors made the same corrections to it. So there were literally 100 different edits trying to fix a two-line sentence. And almost all of those edits worked perfectly well.

In response, Sharon Stewart mentioned that

a linguistics prof wrote an algorithm to create a sentence describing a cartoon of a phone booth out in the middle of nowhere in which a bear was making a phone call. The algorithm came up with 22 million grammatically correct ways to describe the cartoon. I used to mention that story to editors-in-training to show them that there's more than one way to say something.

The general public believes that editors are rule-bound prescriptivists dictating 'correct' English, but the truth is editing is more an art than a science, and professional editors (as opposed to your annoying cousin and some improperly trained Language Arts teachers) understand there are many ways of saying the same thing well, and that there is no one correct way that all must adopt. Indeed, the joy of English is the many different nuances of meaning and emphasis available by subtle changes in word choice, word order, punctuation, and so on. A professional editor strives for clarity while working to maintain the authors' intent and voice. Professional editors know that one frequently breaks 'the rules' to convey meaning, purpose, tone, voice, and so on--what the public has learned to call poetic license. Well, everybody has license to write as they wish, not just poets, and the purpose of editing is to up one's language game, not restrict it with arbitrary rules. Of course, there are many common errors where an author may word something that could be more precise, concise, or clearer if slightly altered, and an editor might make that suggestion. But it's always up to the client to say yea or nay.

Posted by Robert Runté at 6:49 AM No comments:

Email ThisBlogThis!Share to TwitterShare to FacebookShare to Pinterest
Labels: choosing an editor, decisions in editing, editing credentials, working with an editor, writing and thinking, writing process 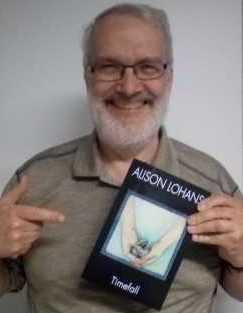 Just received my copy of Alison Lohans' Timefall in the mail from the publisher. I was the structural editor for this revised and updated ominbus edition, and am pretty happy with the results . . . and am loving the Ann Crowe cover!

Posted by Robert Runté at 11:15 AM No comments: