This New York Times article by Lev Grossman, "Finding my Voice in Fantasy" is a good example of what I have been arguing for years: that trying to write "literature" is a sure way to fail as a writer.

It's not that I have anything against literature, even though I do sometimes mock CanLit for its depressive tendencies and for its literary pretensions. When I was a judge for a major literary award a couple of years ago, I was shocked how all 33 nominees seemed to be the exact same story. The story I thought should win was brilliant-- moving but with an undercurrent of self-deprecating humour, and it used (what I now think of as) the CanLit story structure perfectly. It wove flashbacks seamlessly into the ongoing narrative so that the reader finally put all the pieces together for an actually meaningful insight right at the climax. But the problem with the rest of the entries was that, reading all 33 stories in a week, I realized they were all using the exact same formula, the exact same structure. The other authors were all trying to write that one story, but for the most part, failing miserably. It was as if they had all completed the same classroom exercise, but only one of them actually 'got' the assignment.

Which is, I believe, almost what happened. I bet each of those small lit mag authors had attended the same university courses--I don't mean the same campus or at the same time, just that they all, as English majors, probably read the same general cannon. The implicit theme of every English course is, "This — this set of stories right here in this syllabus — is literature!". Maybe "Literature" with a capital "L". The problem is, if you tell a bunch of aspiring young writers that this is literature, than that's what they are going to try to write. Which is fine for the one out of a hundred for whom that particular structure/ content/ approach is appropriate, the one percent for whom it comes naturally, for whom it reflects their vision and voice. But for everybody else, it is a distraction, a mistake.

For a decade I worked for the Student Evaluation Branch of Alberta Education; that is, the people who designed, wrote, and supervised the marking of the provincial exams. One of my jobs was on the team researching why some students scored better than others. One of the research findings was that students who scored 5 out of 5 on the English essays had a strong voice, that they said what they actually thought; whereas those who did badly tended to write what they believed their markers wanted to hear. These students never did better than 3/5, but when faced with the need to improve, doubled down on sucking up to the markers, rather than taking the risks they needed to actually succeed. Similarly, the weaker papers often went for convoluted sentence structures and a horribly inflated diction in the hopes of impressing the markers, though these characteristics were the very things undermining their score. The bottom line is that, in attempting imitate the style of the writers and critics they were reading, they gave up whatever voice they might have had, whatever command of language, style and content that might otherwise have been at their disposal.*

I frequently see the same thing with manuscripts from adult clients: English majors who have a fixed idea of what 'literature' ought to be like, even when writing genre fiction; who try to be Margaret Atwood rather than who they are. The thing they don't seem to get is that we already have Margaret Atwood and have little need for another. Trying to be Atwood, they will never be anything other than a pale imitation; better they be a first class, original them. What this country — what this world needs — is more original voices: more original literature, more breakthrough books — not more imitations of existing tropes and authors. By all means read all the literature there is, but never ever try to write like that; or like anything. Just write. What one reads undoubtedly influences one's own style and ideas. That's fine. Read widely and let it all settle into your subconscious. But do not consciously imitate someone else, whether someone identified as a 'literary giant' or someone 'commercially successful'. Never listen to anyone tell you what or how you should write, whether it is to be literary or to get rich. That way lies mediocrity, frustration, and failure.

(*See, for example, Runté, Robert, Barry Jonas and Tom Dunn. "Falling Through the Hoops: Student Construction of the Demands of Academic Writing," in Andrew Stubbs and Judy Chapman, eds., Rhetoric, Uncertainty, and the Unversity as Text: How Students Construct the Academic Experience. Canadian Plains Research Center, University of Regina, 2007.)

They Have To Take You In 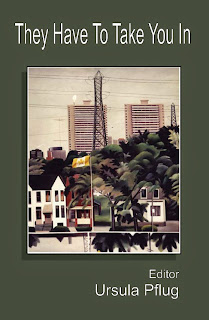 Sept 11 is the launch of the anthology, They Have To Take You In, in which my story, "The Missing Elephant" appears. The anthology is edited by Ursula Pflug and is a fund raiser for the Dana Fund:

The Dana Fund was created in July of 2010 at the Canadian Mental Health Agency (CMHA HKPR) in Peterborough Ontario, at the suggestion of friends and family who wished to make donations in her memory. Dana Tkachenko inspired many people through her own experiences of struggling against tremendous obstacles and succeeding in creating a stable and fulfilling life for herself and her family. Dana’s memory is honoured through the Dana Fund, by dedicating donations to the cause of supporting young women and families in transition, experiencing similar challenges, who could benefit from some help along the way." - Gordon Langill

Posted by Robert Runté at 1:42 PM No comments:

Email ThisBlogThis!Share to TwitterShare to FacebookShare to Pinterest
Labels: book launch, my writing 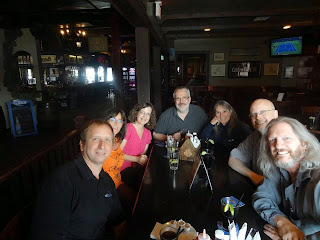 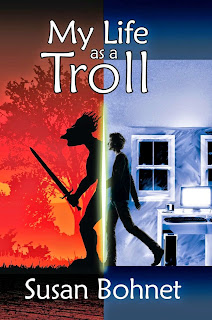 Posted by Robert Runté at 5:41 PM No comments: