The Fantasy Novelist's Exam is a list of common cliches in fantasy, so if you find any of these elements in your own story, you need to immediately edit them out...
Posted by Robert Runté at 10:51 AM No comments:

What Not to Say to an Editor

Neo-Opsis editor, Karl Johanson, during a panel with and Laurie Smith at KeyCon (Winnipeg, May 2016) gives an example of something not to say to any editor when submitting a manuscript: 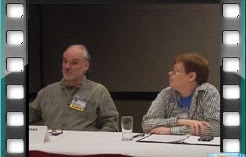 I would add another thing not to say: what precautions one has taken against the editor stealing one's ideas. Because, that's not only telling the editor that one does not trust him or her (and why would I want to work with someone who insults me by suggesting I'm a thief?), it's making it pretty clear that they (a) have a grossly over-inflated sense of how original and creative their ideas are; and that (b) they think coming up with the story idea is the hard part of writing. So that pretty much flags one as paranoid, likely to be a bad writer and difficult to work with. In other words, an easy, instant rejection. 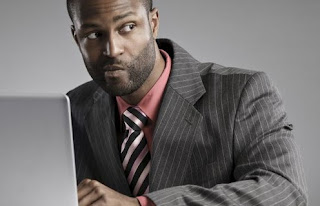 As with Karl's example of a 'don't do that', I never thought I'd actually ever get one of these paranoid cover letters—even though every other editor has their own examples—but we have already had to deal with a couple of these.... It just completely sad, and not just because it means an instant rejection.

(Unless the writer is 12 or under. I am prepared to cut a 12-year-old a certain amount of slack here because they are too immature to . But if you're tempted to write that cover letter when you're in your 30s, you need to seek the counsel of a mental health professional. Seriously.)

I also have had to listen to a couple of semi-pro writers talk about how this or that editor ripped off their idea. In one case the writer complained how an editor's recent award-winning story was actually their rejected submission of a few months earlier. All one can do is frown and nod sympathetically...because that is just patent nonsense. Sure, both stories had a spaceship, and both stories used the word 'hyperdrive' at some point, but really? You don't see a difference in the writing? You don't think that is a sufficiently generic trope that it might come up once or twice before? It's just embarrassing.

I know a number of editors have said they had to stop writing once they became editors to avoid countless accusations of this type. Fortunately, this has not been an issue for me: apparently, no one wishes to claim credit for any of my stories....

Of course...none of that applies to dealing with anyone connected to Hollywood. Those guys are sharks, and do not—judging by recent remakes and releases—have any original ideas of their own.

Here is a good article on query letters by Jane Friedman, though I am a bit skeptical about her comments on simultaneous submissions. I think that depends on the particular market you are in. Similarly, if a publisher's guidelines ask for something specific, then do that in your submission to that publisher, rather than what any advice columnist says: publishers guidelines always trump generic guidelines. But in general, Jane's column is a good clear discussion.
Posted by Robert Runté at 2:38 PM No comments: