On The MacGuffin and Exponential Growth Economies 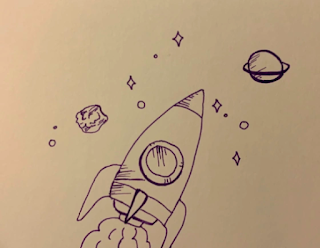 For folks who are unfamiliar with the term, a "MacGuffin" is an object, a device, an event, or a character used in fiction as a plot device to advance the story that is unfolding. We see MacGuffins regularly in speculative fiction, whether it be the Infinity Gauntlet, the Death Star, the One Ring, or the Ark of the Covenant, and these objects serve to push the plot of the story.

However, there is a tendency, particularly in serialized stories, television shows, or movies toward a perceived need to create a bigger and bigger MacGuffin for each book/season/film. Jurassic World even self-consciously referenced this when characters commented on people needing a bigger and more advanced dinosaur to draw them to the park. The idea is that people want to see something bigger and better for the next instalment of their story. They expect characters to "level up" from one story to the next and perceive them as needing a bigger challenge.

I will use Buffy the Vampire Slayer as an example:

Season 3 "Big Bad": A mayor who becomes a demon and a vampire slayer who has turned evil

Each season requires something bigger to follow it in order to keep the audience's attention.

This pattern isn't coming from out of nowhere. It reflects a pattern in our society. Our economic system is one that requires constant growth. The perception is that every company needs to keep growing and expanding. Anything that maintains a pattern and doesn't grow is perceived to be a failure. This pattern affects the way we view anything that doesn't continue to grow and expand and we perceive anything that doesn't expand as stagnant and failing. Even in our own lives, we are expected to constantly grow from our jobs and once we find one that doesn't let us continue growing, we perceive it as stagnating us and we need to move to something else. This type of continual expansion isn't feasible. Eventually we reach limits and pushing further can often cause collapse.

Is it possible for us to continue telling a story without requiring a bigger and bigger MacGuffin? Yes, but that pattern would need to be set early on and growth would have to be challenged in the series. Does the narrator need to keep becoming stronger? Or can they develop and change in different ways? Can they have life happen without getting "better"? Does the danger they face need to get stronger, or can it change? Can each threat bring out something new in the narrator?

I don't think a bigger MacGuffin is always the way to keep a story going. It isn't powerful writing to resort to only one aspect of the story changing. There are so many other parts of the story that can change without having one plot device grow exponentially.

Posted by Robert Runté at 3:43 PM No comments:

How to Write Humour

Excellent (and brief) post on humour writing by Alex Shvartsman:

Posted by Robert Runté at 5:46 PM No comments: