Editing in times of darkness

I find myself spending too much time on Facebook, Twitter, and other social media, trying to get my head around what is happening to the world. Like many high school graduates of my generation, I have read 1984 as part of my English courses, and talked about how that one book helped us all recognize the dangers of an Orwellian future in Social Studies. But, um. That particular inoculation seems to have worn off now, as I look around at a world where the major superpowers seemed to have suddenly switched alliances (Brexit, Trump praising closer ties to the kleptocracy of Russia, China talking about the joys of globalization!!) and the election of an American President who talks about alternative facts and who doesn't/hasn't read books and reduces language to 140 tweets. Even Orwell could not have imagined a world in which there were not only fewer words every year, but fewer characters in which to say things. Sad. 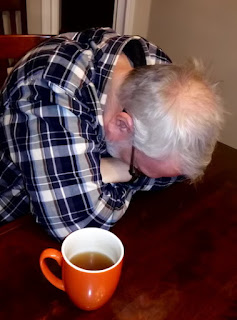 So I was going to talk a bit about editing in times of darkness, when I came across (thanks to Amanda Fuller Richards) this post by Liz Jones that covers the same ground for me: https://eatsleepeditrepeat.wordpress.com/2017/01/18/editing-in-times-of-darkness/ 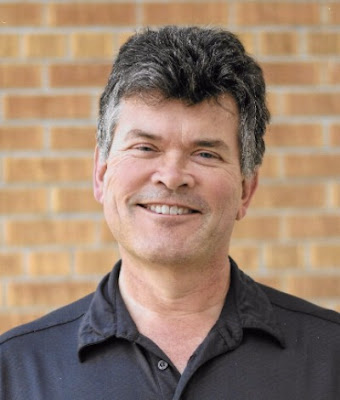 Edward Willett is the award-winning author of more than 50 books of science fiction, fantasy and nonfiction for readers of all ages.

However, different writers take different approaches to the use of magic in stories. In older books of the fantastic (think The Lord of the Rings), magic is (in the words of Brian Niemeier, winner of the inaugural Dragon Award for Best Horror Novel in 2016 for Souldancer) “mysterious, ineffable, and unpredictable,” whereas in most modern fantasy, magic is more likely to work “like a technology that we can systematize.” It’s the latter form of magic that has given rise to the term “magic system”: the rules established by a writer of fantasy to which the magic in his books adhere.

The designing of such systems seem to be a topic of endless fascination for those interested in writing fantasy, which is presumably why Niemeier wrote his essay, “How to Design Magic Systems," from which I just quoted. It’s also why I was on a panel entitled “How to Build a Consistent and Original Magic System” at the 2014 edition of the annual—and highly recommended—Calgary writing conference When Words Collide.

The star attraction of that panel was not, alas, me, but rather Guest of Honour Brandon Sanderson, widely acknowledged as among the best at crafting interesting magic systems for his bestselling novels.

Over the years, Sanderson has formulated his approach into laws, three of which (so far) he has explicated on his website, starting with his First Law: “An author’s ability to solve conflict with magic is DIRECTLY PROPORTIONAL to how well the reader understands said magic.”

Sanderson recounts how, while on a convention panel on magic early in his career, he stated as a given that, “Obviously, magic has to have rules,” and was shocked to be challenged by the other writers. They claimed systematizing magic robbed fantasy of its sense of wonder: that sense of the “mysterious, ineffable, and unpredictable.”

Sanderson calls that kind of magic “soft magic,” and he and Niemeier point out the problem it sets for writers: because it has no rules, it cannot be used to regularly solve story problems without becoming a deus ex machina. Since we don’t know what magic can and can’t do, every time magic is used to solve a problem faced by the characters the reader is left wondering why magic doesn’t solve all the characters’ problems—which of course would destroy the narrative.

Systematized magic, on the other hand, which Sanderson terms “hard magic,” operates in accordance with strict rules. Looking at my own books, in Magebane, magic requires energy in the form of heat, so the palace has giant coal furnaces; in my Masks of Aygrima series, magic is literally mined, and most magic-users must have a store of it handy in order to perform magic; and in my Shards of Excalibur series, my young protagonist can dissolve into water and travel anywhere it goes—but only fresh water, and she can only reappear in water deep enough to submerge her (giving swimming pools and ponds an unusually prominent role in the narrative).

These limitations heighten narrative tension, because magic is not always available to solve problems, and shape the plot, as the characters struggle to find ways to use their magic.

Or, as Sanderson puts it in his Second Law: “Limitations > Powers”; it’s by putting limits on magic that you make it interesting. Superpowers are a form of magic, and as Sanderson points out, how dull a character would Superman be if not for his Achilles’ Heel, Kryptonite? (For that matter, how dull a character would Achilles himself have been if not for his famous heel?)

Sanderson’s Third Law is, “Expand what you have before you add something new.” Or, as he sums it up, “A brilliant magic system for a book is less often one with a thousand different powers and abilities—and is more often a magic system with relatively few powers that the author has considered in depth.” This ties in with the previous laws quite nicely. The more magical powers that are available, the easier it is for someone to solve their problems with magic, which may result in a flabby narrative.

Note, despite Sanderson calling them “laws,” they are of course nothing of the sort—more “suggestions from experience.” After all, wizards in the Harry Potter books certainly have “a thousand different powers and abilities,” and limitations seem few, but the J.K. Rowling did all right.

In truth, there is only one absolute law of creating magic systems: it has to result in a better story.

Or, as Niemeier sums it up: “In magic as in everything else, make it fun for the reader.”

My favorite Willett novel is his space opera, "Lost in Translation": a great fun read, and its anti-racist, anti-war message has never been more timely.

Posted by Robert Runté at 12:39 PM No comments:

Here is a thoughtful two minute video from the Guardian newspaper on why Grammar snobs are patronizing, pretentious and just plain wrong", by Mona Chalabi.

Once one gets past the rather mean-spirited depiction of the 'typical' grammar snob, I'm more in agreement with Chalabi than not, though I think what she is missing is the question of audience. If I'm editing a novel and I miss catching that a character says 'less' instead of 'fewer', well, that's not as big a deal as if I miss that in a government paper which represents more formal writing; and if I miss that in an academic journal, I might actually be allowing a significant error through because precision of language is crucial in describing an experiment or scientific concclusion. The example Chalabi uses of how of the dictionary recognizes modern usage more readily than grammar snobs is the word 'literally', but her narration glosses over the fact that we can see in the video that the dictionary entry clearly identifies the updated meaning as 'informal'. So if my daughter uses 'literally' to mean metaphorically as she rants about her roommate, I'm not about to interrupt her with a correction. That would be mean spirited and silencing. But if she uses 'literally' metaphorically in a paper she's handing into her English prof, I'm going to point that out. I try not to interrupt speakers with grammar objections, and I'm okay with informal English in emails and blog posts or whatever; but if one is writing in a formal context, formal English is to be preferred, though clarity trumps all, always.

One reason to have editors is to help people express themselves in formal contexts when they have something significant to say and want to get it right: When speaking to power, it's sometimes helpful to speak Power's dialect. 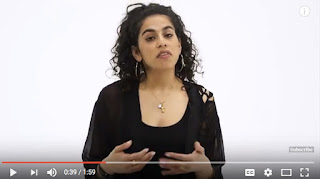 But I agree with Chalabi that constantly correcting someone's grammar is silencing. The meaning of the phrase "I ain't never" is perfectly clear, even though grammatically incorrect for formal English. Recognizing that it is part of black dialect is important because, for generations, blacks underperformed in schools partly because every time black students spoke in their mother dialect, a white teacher (or assimilated black) would interrupt and tell them that they were wrong. I'm not sure the Ebonics movement is entirely the correct response here, but ignoring the issues of class and race and gender conflict inherent in language is worse. There are more English speakers in India than there are in England, so it's not entirely clear to me why only the Queen's English counts. If I am editing a novel by a Chinese Canadian, and the author's language usage shows vestiges of her Chinese heritage, I'm not sure I want to entirely edit that out. Maybe yes if it's a fantasy novel intended for a general mass (probably American) market; but if it's a novel about life in China, or about the Chinese immigrant experience in Canada, not so much! I want to retain the author's authentic voice, as if she were talking directly to the reader, though enough editing so that doesn't become a barrier to reader's comprehension. For me, clarity is always king. The reader should feel as if the author is speaking directly to her, but not with such a thick accent as to not be understandable. The trick is to find the right balance between reader effort (sometimes the reader should have to work a little to understand!) and reader comfort (but they have to keep reading!). That, in part, depends on the significance of the work (literature or escapism; is the reader trying to experience a culture or solve a whodoneit?) and in part on the intention/wishes of the author on dimensions such as critical acclaim vs sales....

So yes, interesting video expressing an important point. As an editor, I have a responsibility to help the writer fit the grammar to the intended purpose and audience, with the default as 'fix the grammar' because that's why clients seek out editors. But outside of paid editing work, if they don't ask, don't tell.