The longlist for the 2017 Leacock Medal (in alphabetical order by author surname) is:

This year’s longlist will be narrowed down to three Leacock Medal finalists, who will be announced in Orillia on Wednesday, May 3, 2017.

The final winner, who also receives a $15,000 prize supported by TD Bank Financial Group, is to be announced on Saturday, June 10, 2017, at a gala award dinner at Geneva Park Conference Centre, just outside Orillia, Ontario. The gala dinner is open to the public, and limited tickets are on sale exclusively through the Stephen Leacock Museum in Orillia.

In announcing the list, Taylor described the submissions this year as of exceptionally high quality. The judges and readers recommend all the longlisted books as entertaining Canadian works, worthy of consideration for this prestigious and unique literary humour award in Canada’s sesquicentennial year.

All the staff at Essential Edits are thrilled to see C. P. Hoff's A Town Called Forget on the longlist.

The novel follows the adventures of a young girl, sent without explanation to live with the eccentric aunt she didn't even know she had. As she tries to solve the mystery of her banishment, she slowly comes to terms with her aunt's skewed view of the world, and the exceedingly odd townsfolk of Forget.

From the moment we first saw the early drafts, we knew this novel was something special.

C.P. Hoff had already been working with Elizabeth McLachlan and had gone through several revisions before the Essential Edits group was formed. Recognizing Hoff's exceptional talent ("quirky" is the word Elizabeth uses to describe Hoff's writing), Elizabeth introduced the manuscript to Robert Runté, Senior Editor at Five Rivers Publishing.

Lesley Little, who had also reviewed the manuscript, told Robert, "You'll like it. It's really different. Quirky."

Robert passed it on to publisher Lorina Stephens, who at once recognized the manuscript's potential and personally took on the substantive editing of A Town Called Forget. Lorina calls Hoff "a unique, new voice", and when asked to describe Connie's style, replies with: "quirky".

Before it was sent off for copy editing, Robert line edited A Town Called Forget, and found it simultaneously hilarious and touching. "Hoff has created a narrative that is screwy and yet somehow completely credible—in a word: quirky!"

The entire Essential Edits team has its fingers crossed for the win.

This brings to three the number of books edited by Essential Edits staff that have been shortlisted for national awards, and the fourth for Five Rivers Publishing.

Posted by Robert Runté at 10:00 PM No comments:

Quote of the Day

Getting to the Publishable Draft

I asked to reprint Dr. Wade's column below because it nicely illustrates the important point that most graduate students and beginning writers never get to see published authors in the process of writing, only the finished product. I often find that graduate students and new writers are disappointed with their first drafts because they are making invidious comparisons between their rough draft and draft 5 (or maybe 36) of their very favorite authors (i.e., the very best writing their field has to offer). This is simultaneously inferiority complex . . . and hubris. One cannot successfully complete a thesis or a book without realizing that everybody's first draft sucks (maybe worse than yours!) This realization is the first (I would say primary) step in becoming a successful academic or writer.

On intellectual thrashing: My thanks to Dorothy Roberts


One of the most important moments of my graduate education occurred during a talk by Dorothy Roberts for the sociology department at the University of Wisconsin, Madison. At the time I had been teaching her book, Killing the Black Body. I thought this book was genius, absolutely loved it, so I was really excited to be seeing her in person.

I sat in anticipation; she was introduced and then, before she launched into the substance of her talk, she apologized for likely weaknesses in her thinking as, she explained, she had only been thinking about it for “about a year.”

I couldn’t believe that Dorothy Roberts would have to think about anything for a year. In my mind, her brilliance appeared full form, in a span of mere moments, perfectly articulated.

Her comment made me realize, for the first time, that the fantastic books and expertly-crafted journal articles written by scholars were the result of hard work, not just genius. And I realized that part of the task of writing these things is to hide all of the hard work that goes into writing them. They read as if it were obvious that the conclusions of the paper are true when, in fact, the conclusion on paper are probably just one of many sets of possible conclusions with which the author experimented. Roberts’ humble admission made me realize that all of the wild intellectual goose chases, mental thrashing, deleted passages, and revised arguments were part of my job, not evidence that I was perpetually failing.

And I was and am tremendously grateful to Dr. Roberts for that insight. 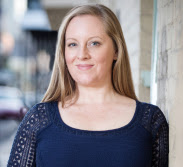 Lisa Wade, PhD is a professor at Occidental College. She is the author of American Hookup, a book about college sexual culture, and a textbook about gender. You can follow her on Twitter, Facebook, and Instagram,.
Posted by Robert Runté at 11:32 AM No comments: