The Value of Pay vs Non-Paying Markets for Short Stories 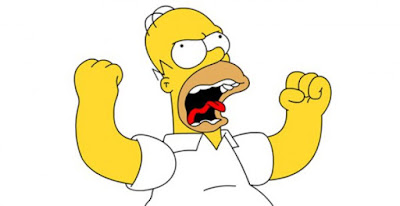 On FB, someone asked “Is it worth submitting to non-paying markets, or are we just perpetuating the exploitation of writers?”, and received a good deal of sanctimonious feedback about how real writers always get paid for their work and that non-paying markets (“for exposure”) were completely unacceptable. I beg to differ. Never one to waste a good rant, I repost my arguments here.

First, although I certainly agree that writing should be valued, the idea that “My work is only worthwhile if paid for it” is capitalist thinking. I reject this hypothesis, as I reject the hypothesis that one is only a "real" author if one is a full time professional, professional defined as writing as their primary source of income. A hearty “Bah humbug!” to that.

I frequently submit to literary magazines, almost none of which pay in coin. Instead, I look for quality work with which I would like to be associated; high production values; and/or a fabulous community which one joins by contributing; and/or an interesting call for submissions. There are themes I wish to explore, so if there is a nonpaying literary market featuring that theme this month, I will go there. I do not mind not getting paid if it is for non-commercial markets (i.e., where all the staff are similarly unpaid volunteers putting their time, energy, and frequently money into producing art).

On the other hand, there are commercial markets that range from decent pay (I'm not Atlantic Monthly market worthy yet, so I won't say 'pay well') to those that pay nothing. I will not submit to a commercial market that makes money and pays authors nothing. I will consider low paying markets if I believe the editors are similarly investing more sweat equity and they are receiving $, and then the same criteria applies as for literary markets.

I have also donated stories to anthologies for good causes, such as a story I donated for an anthology to raise money for a women's shelter, or to support a writing charity, or etc. (I can usually sell those to a reprint or an audio market later, since the charity volumes are usually strictly local.) I donated a story to one anthology because the editor asked and I owed them a favour for a beta read that went miles beyond that definition to a full edit of the first 1/3 of the novel, which provided me the insights to do the next 2/3.

Therefore: there are lots of reasons to submit to literary journals or anthologies besides cash, and no reason to look down upon quality non-paying markets. I only eschew for-profit markets which are clearly rackets, where the editor/publisher is making $$ while the authors do not get an appropriate share. or where people try to con me with "exposure" nonsense.

I frequently send out stories on simultaneous submission to gauge whether I have accurately assessed the story's quality. I start, of course, at the highest paying market and work my way down and sometimes my trunk stories end up in a non-paying market because that's still better than the trunk. If the other stories in that issue are of sufficient quality that I am happy to join them, then I appreciate the publishing credit.

This is not about ‘exposure’ (because exposure markets don't bring one any credit among people who recognize those are either hopeless or a racket) but because I appreciate the REFEREE FUNCTION. I often love my writing unconditionally (as one should always love one's children) but a bit of a reality check doesn't hurt. Having had at least one editor appreciate and publish a story I was a bit ‘iffy’ about (and throw in a Pushcart nomination while they were at it) gives me the confidence to include that story in my self-published reprint collection. In contrast, that nobody has taken my favorite story--now approaching its 70th rejection--gives me pause to consider that one might not be one to put in my 'best of Robert' collection.

Further, some few (literally, very few) send back rejections with very helpful feedback. I find this especially true of respected non-paying markets, who make up for lack of funding with sweat equity of a couple of sentences of feedback. That feedback is precious--even when it's wrong (e.g., misses the point), it tells me that I am not getting my point across clearly enough. Were I to PAY for that level of advice, it would cost considerably more than even the higher paying markets pay me.

So...I'll take the feedback, the refereeing and the support of (and support for) a community over coin.

Of course, I recognize that I am speaking from a place of privilege. The few dollars I could make writing SF&F could never approach what I got paid in my day job, or even what I make in retirement. To make the sort of money I need to maintain the life style to which I have become accustomed, I would have to sell a short story about every six hours. That is just never going to happen. I certainly appreciate the $200 or $300 a short story sometimes brings me, but I only sold 12 stories last year and $3000 is not an acceptable annual income.

It’s different for novels and nonfiction books, of course, though it remains an open question of whether I could position a novel to make significant coin, but at least that’s theoretically possible. But when it comes to short stories, it hasn’t been possible to make a living in that market since before Television. (Professional pay rates have stayed roughly what they were in the 1930s.)

I certainly support anyone who restricts their output to paying markets both as a measure of ‘having made it’ to that level, and as a source of income. I do not accept, however, that that gives them the right to look down upon those who choose to join a community of writers, seek feedback from a respected editor, support a charity, or choose literary prestige over a dubious paying market. (Correspondingly, I don’t let my literary friends get away with sneering at commercial genre markets either.)

Ultimately, the quality of one’s professionalism must be judged by the quality of one’s output. Commercial success/popularity is one reasonable measure of quality, but not the only one and one which is not necessarily reliable, luck and an appearance on Oprah playing as big a role as quality. Believing that coin is the ONLY acceptable measure is to buy into capitalist ideology.

Posted by Robert Runté at 3:21 PM No comments: