The Commodification of Authenticity: Writing and Reading Trauma in Speculative Fiction

Content Warning: As evident from the title, this is an essay about trauma - and a lot of different types.

Perhaps the most widely known tidbit of writing advice is, "write what you know." On the surface, it is decent enough advice. Digging through one's knowledge and experiences is fertile ground to plant and grow stories. It breeds authenticity, depth, and scope. Even when writing in an imaginary world, of dragons and space ships, of sea monster and wizards, people are people, and we know people.

However, writing what you know can also cut deep into old wounds, when what you know trauma, abuse, and torture. What you know of humor is little more than generational scars that, when seen through the lens of your family's trauma, always warms your soul, but you cannot tell others for they'll react in abject horror. For what you know deep in your soul is only pain and hurt, the slow bleeding scars of lost, past harms.

Writing what you know can tear across the scar lines. Fixing those mangled scars requires surgical precision, more scars, and the hope that they do not thicken so much that they do not fade with time. Some choose never to use their trauma, to purposely never write what they know. Some choose to write different traumas, allowing a distance, but knowing how the scars form all the same.

Reading what you know is a complex, personal decision of choice, action, and reaction. There is validity in the choice not to re-live traumatic events in their hobby, to seek the balm of the happy ending, to know there are those who can imagine a world free of one's own pain. Likewise, there is value in the choice to seek out those books, whose trauma resembles their own, to dive into it, to see how another expresses it, to console oneself that they are not alone. Some readers have no trauma, and yet do not wish to expose themselves to that in their entertainment. Still others wish to explore all of humanity's darkness and love to be horrified and disgusted when reading.

Inevitably, experience will clash, when the writing intersects the reader, where the dismissal of one over the other can reopen hurts that are not only seen on the page, but in the quiet moments when future pages are created, read, or chosen.

For, to write what one knows, to write from the scars on one's soul, is to accept one's pain will eventually be mocked, boycotted, and dissected to such a degree to make one wish they could write what they do not know. And, to read what one knows, is to eventually have it misrepresented, belittled, or reduced, over and over. For both, the only way to stop is to prove one's suffering, to show's badges scarred in their minds.

The Accreditation of Suffering

Authenticity rules the day. There is a depth to it, to knowing the author experienced this moment, this trauma. The labels we use - be it own voices, realism, authenticity, lived experience - change with time, but they have the same meaning: this author wrote what they know.

However, as with all good intentions, a cultural shift happened. Authors writing on topics of trauma, writing what they knew, were asked - nay, demanded at times - to expose their scars to the world for their two seventy in royalties. To pull off their mental shirts and describe in twenty-three tweets where the world beat them with sticks and stones. Then, but only then, could they earn their pittance.

This intrusion into private suffering, this forced accreditation process, is not limited to writers. Reviewers and the general public are pressured to show their work. To head off harassment and bullying, private suffering is put on public display, where their abuses, beatings, medical events, and rapes are described for the world, reliving each painful memory, with only the hope that they would be believed.

It becomes impossible to gain accreditation for one's own suffering when declarative statements, lacking all nuance, begin. The writer who choses silence, for any reason, then leaves it to the reader who felt a kinship to a story (even clumsily written ones) to break the illusion of the one true expression of authenticity.

As a general rule, silence is expected from the author, and society places significantly more pressure upon marginalized authors to abide by this rule. Readers, wishing to be supportive or open minded to trauma responses, unleashed well-meaning, but hurtful attacks. Was a scene written poorly? Perhaps. Perhaps there was room for interpretation, development, nuance, growth of the author's base skills, even.

However, when personal, lived experience is the only argument prioritized and valued, a bickerfest concerning the truth of trauma overtakes all discussions, which harms writers and readers alike.

Often, this is well meaning. Individuals who have not experienced a specific trauma repeat what's been told to them, what they've read, and what they've learned on the internet, even though a ninety second sound bite cannot articulate the length and breath of existence. And, of course, sometimes people are plain wrong, and yet it is difficult to explain without outing oneself.

The decision to interact with trauma in speculative worlds is a private decision. It is perfectly acceptable to refuse to read books containing scenes of trauma, and not wish for a wide ban of those scenarios. It is possible to refuse to read child abuse scenes in a book, and yet not be campaigning for all removal of abuse from books. It is possible to be against how books often portray rape, and still not be against them as a general rule.

And it's even possible to personally write abuse and still not wish to ever read it.

I have come to despise the writing advice, "let the worst things happen to your characters," followed by, "make your characters suffer." For many, that means write endless scenes of trauma and abuse, to force a writer to recount the horrors of their past. Of abandonment. Of the words that cut so deeply they change one's personality to its core forever.

For those who will not, or cannot, do so, they may attempt to skirt their own traumas, to write other forms. Then, either from an inability to research properly due to their own reactions, the closeness to their own hurt, or perhaps another dozen reasons, they end up writing the trauma in a way that offends others. Or hurts others. Or just...isn't quite right, not even to their own mind's eye.

I support authors who do not include trauma in their words, and their decisions for doing so. I also support those who include it (I would be rather hypocritical if I did not, having written most forms of trauma). What's more, I support those who will never read a series containing specific forms of trauma. It is not censorship, not in the legal sense, but also not in the common sense. We all make choices, from editorial choices to forms of enjoyable entertainment. One's own trauma, one's own feelings, should not be debated before they are giving the permission of the mob.

To Thine Own Self Be True

In what might seem contradictory, I believe it is also necessary for readers to challenge how trauma is written, for so much abuse is tangle up in power and control and it is easily forgotten. Words can be harmful to some, and it is important to explore that. A single book does not exist within a vacuum, and should be, and usually will be, explored within the context of an entire genre's length and breath, and the entirety of its history. That is not just what will happen, but is frequently what is necessary.

And yet, sometimes the very critique causes harm, especially when it is based on one true experience. Acts done in kindness, in protection of others, can end up doing as much harm as the book did to the original readers. However, it cannot be forgotten that, at times, a necessary and vital critique brings harm upon the reviewer, who in bravery and grit, opens themselves up to attacks and violations of privacy.

So what solution is there? Again, I feel this is a personal choice, a decision of one, and one alone. No one is required to know another's pain, and not all stories are for everyone. I believe support, compassion, and a sober second thought can go a long way. Also, knowing in one's heart that another is wrong, and that you are allowed to release their tether to your pain, to your private scars, and to forget their existence if that is what you truly wish.

In the end, one must be true to themselves, even when they write, and fight, dragons and demons alike.

You may also want to read the comments on Reddit, which are generally thoughtful:

Posted by Robert Runté at 2:29 PM No comments: 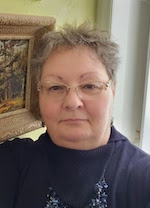 Essential Edits has added a new Senior Editor: Lorina Stephens. She will be Essential Edits' lead editor for mainstream Canadian fiction. She was my former boss at Five Rivers Publishing and comes with 40 years of experience in the publishing industry, having worked all sides of the publishing desk. Starting as a freelance journalist for regional and national periodicals, she became editor of a lifestyle magazine and then in 2008, opened Five Rivers Publishing. Five Rivers gave voice to 32 Canadian authors, including such luminaries as Dave Duncan, Nate Hendley, H.A. Hargreaves, Ann Marston, C.P. Hoff and Paula Johanson. Her novel, The Rose Guardian is one of my favourite examples of CanLit. 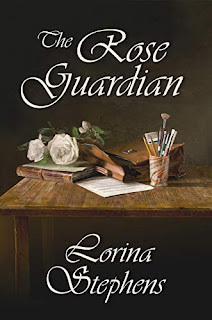 Email ThisBlogThis!Share to TwitterShare to FacebookShare to Pinterest
Labels: CanLit, Changes at EssentialEdits.ca 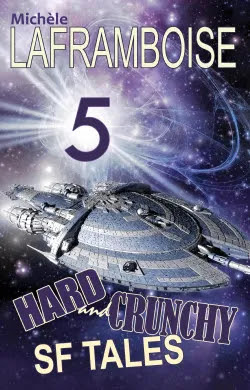 My Review of Five Hard and Crunchy SF Tales by Michele Laframboise in today's Ottawa Review of books:
https://www.ottawareviewofbooks.com/single-post/five-hard-and-crunchy-sf-tales-by-mich%C3%A8le-laframboise

Posted by Robert Runté at 6:24 PM No comments: